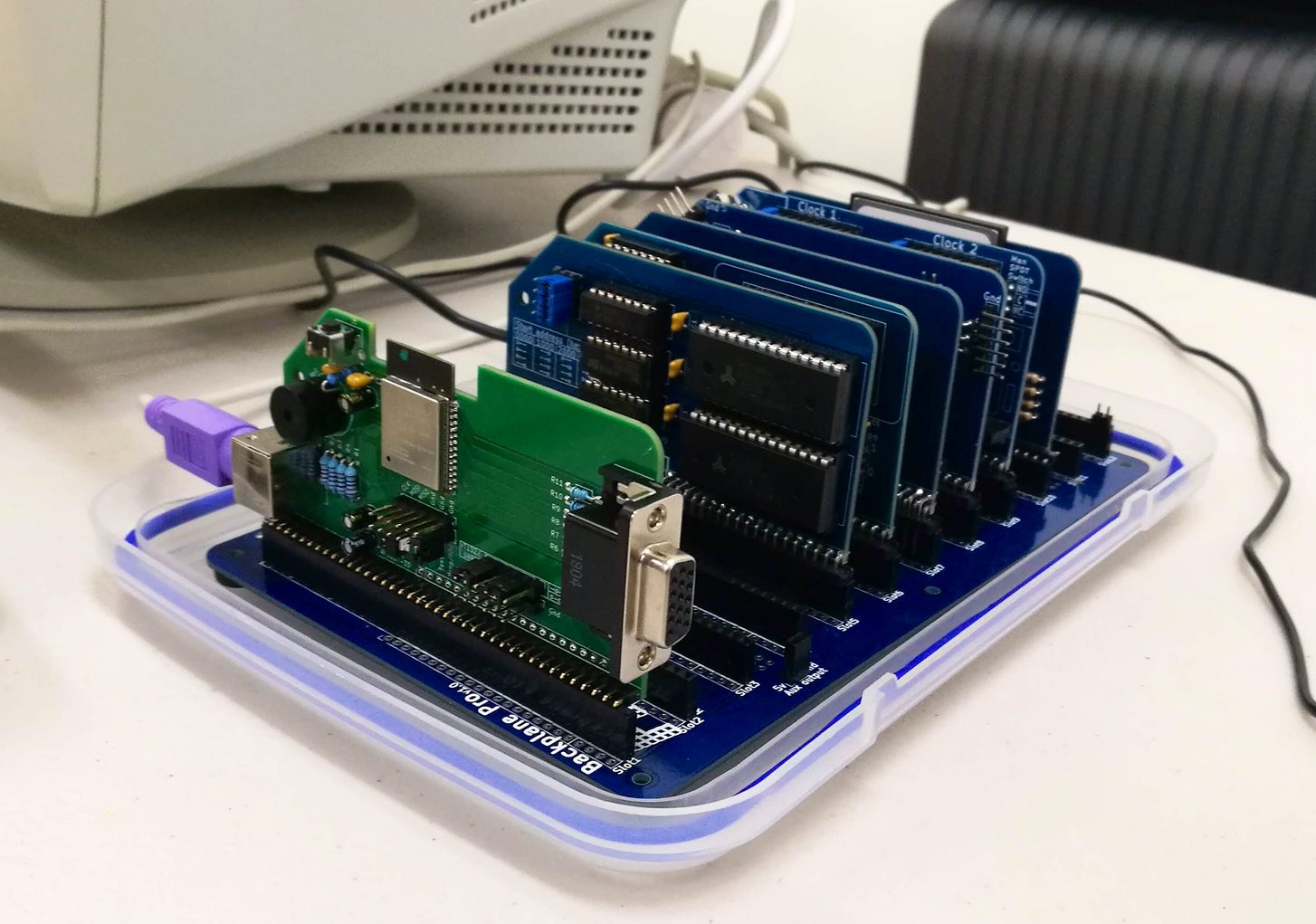 Back then it was simply the hardware implementation of the brilliant work done by Fabrizio Di Vittorio in creating the FabGL library for the ESP32. An ANSI/VT compatible, serially connected terminal with VGA output and a PS/2 keyboard.

But I wanted to extend his work and make a very authentic implementation of the DEC VT100 down to every reasonable detail.

Clearly from the prototype I'd already chosen the form-factor to be a "Designed for RC2014" expansion card for the RC2014 bus.

In January 2020 I again tweeted about the VT132 because I'd started to play around with it once more.

I'd added most of the authentic VT100 features I could think of, and decided that since the ESP32 has lots of UARTS and WiFi, that I would include a Telnet over WiFi, AT (Hayes) style modem on a second UART. I'd already developed the modem code for the IMSAI8080 replica, so it was easy to integrate it into the VT132.

This is where the fun/trouble began...

By April 2020 I was able to start posting videos to YouTube showcasing the features of the VT132. 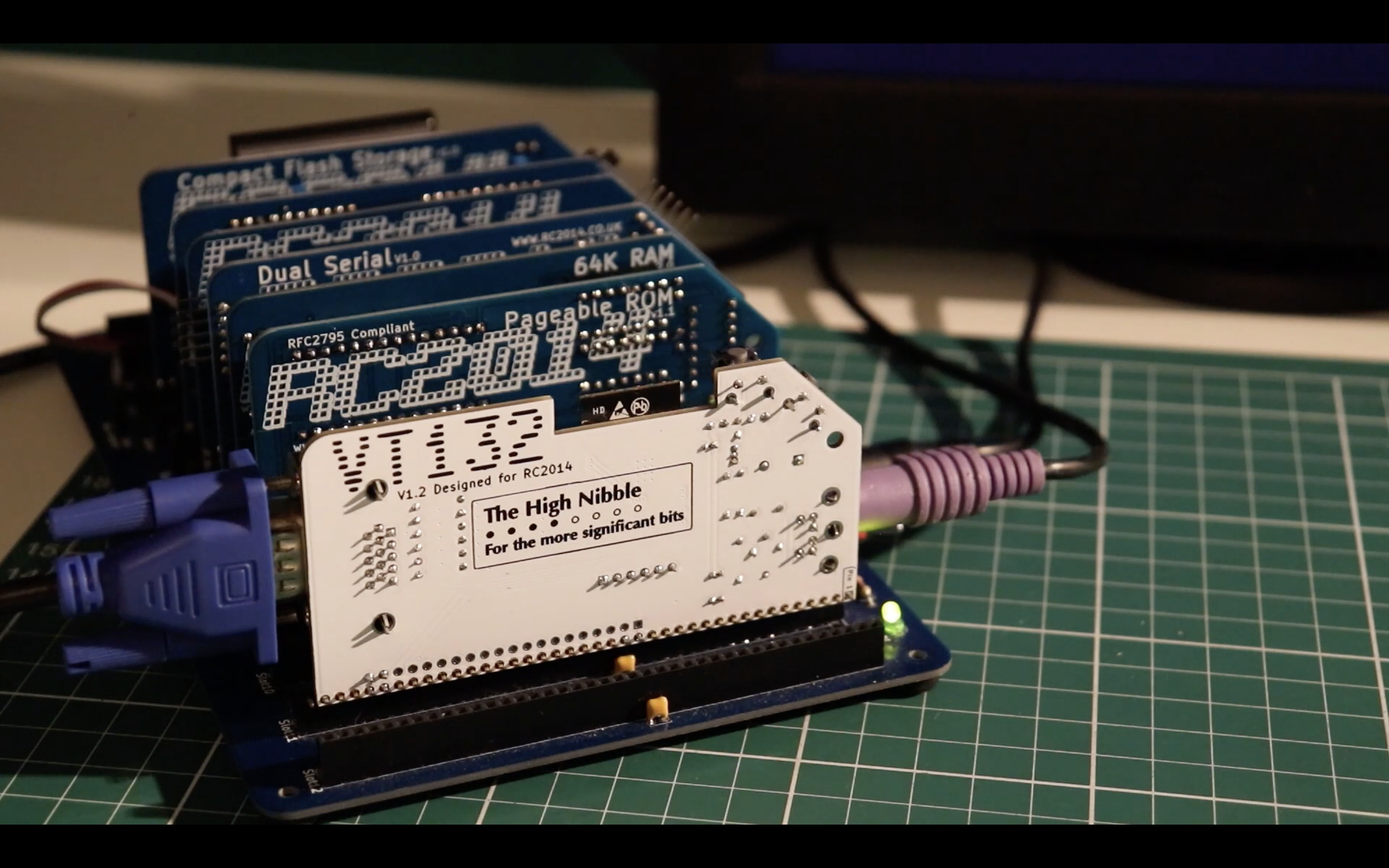 Full details of configuring the terminal via the Set-up screens will be covered on a separate page (tba).

The Telnet/WiFi AT (Hayes) Modem:

A full list of the 'AT' command set implemented and details of all the 'S' registers and their use will be covered on a separate page (tba).

The VT132 is currently in a closed Beta and is expected to be ready in July 2020.

I am accepting expressions of interest via email. If you send email to info@thehighnibble.com I will add you to the list.